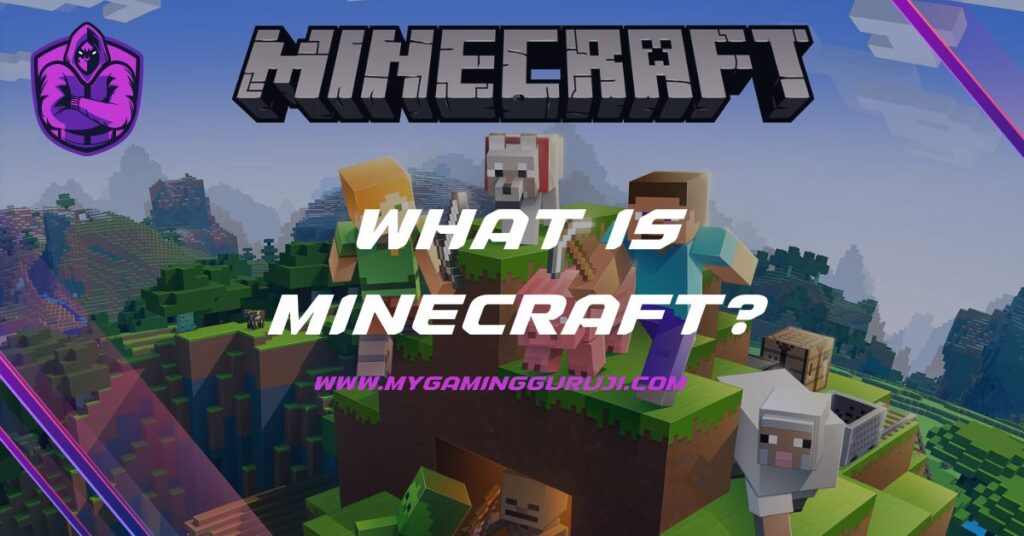 Mojang Studios created and released the sandbox video game known as “Minecraft.” Over 200 million copies have been sold across all platforms since its 2011 debut, making it one of the best-selling video games of all time.

Minecraft is a sandbox video game in which players explore a 3D, dynamically generated environment built of blocks. The player can mine these blocks and get them to use in building and making almost anything. The game’s major modes include survival, creativity, and adventure.

In survival mode, players have to find food, make armor and weapons, and build safe places so they can stay alive in a world full of dangerous creatures and other dangers. In addition to fending off aggressive groups, players must also manage their hunger and health.

In the creative mode, players don’t have to worry about gathering materials or staying alive; they may focus solely on building and designing. Players who would rather devote their time and energy to construction and innovation than combat and survival will enjoy this option.

A game’s adventure mode is similar to its survival mode, but it adds plot and narrative aspects like missions and objectives.

There’s also a multiplayer feature in Minecraft, where you can connect to servers and play with other people from all around the world. One can choose from thousands of servers, each with its own set of policies and aesthetics. Different servers have different foci, with some centered on survival and others on construction or roleplaying.

The dynamically generated worlds in Minecraft are one of the game’s distinguishing elements. This implies that every time a new game is started, the world will be produced randomly, making for a completely different and interesting environment. This includes the landscape, the underground caverns and mines, the inhabitants (both human and others), and the wildlife.

Minecraft’s gameplay is unrestricted, so players can go wherever they like and do whatever they want. This has resulted in a big and active online community of players who share their creations and experiences with one another, making the game appealing to players of varying ages.

Players in the Minecraft community regularly create and distribute mods that enhance the game in various ways. The scope of these modifications might extend from minor adjustments to a game’s default settings to a radical reimagining of how the game is actually played.

The educational benefit of Minecraft has been acknowledged, adding to the game’s already massive popularity. Architectural and urban planning firms have used it to plan and design actual cities, and it has been used in classrooms to teach subjects like arithmetic, science, and engineering.

In general, Minecraft is a fun experience for people of all ages and skill levels. It’s one of a kind and can be played over and over again thanks to its mod community and randomly generated landscapes. It’s no surprise that it’s become one of gaming’s all-time biggest hits.