The History And Evolution Of Gaming PCs 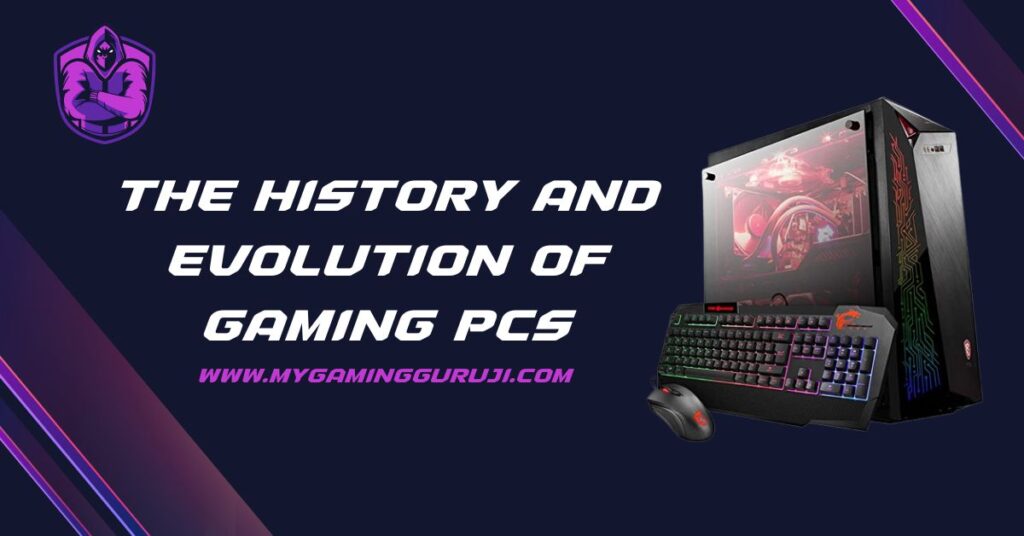 Gaming PCs have come a long way since the early days of video gaming. Dedicated consoles like the Atari 2600 and the Nintendo Entertainment System (NES) were the most common way to play games in the 1970s and 1980s.

The personal computer (PC) has a long and rich history, dating back to the early days of computing. The first personal computers were developed in the 1970s, and they were large and expensive machines that were used primarily by businesses and institutions.

What is a personal computer?

Overall, personal computers are versatile and user-friendly computers that are designed for use by individuals, and they are essential tools for communication, information, and entertainment in the modern world.

Overall, the history of personal computing is a fascinating and important story that spans several decades and has transformed the way we live, work, and play. From the early days of computing to the rise of the internet and the smartphone, personal computers have evolved and adapted to meet the changing needs and preferences of users, and they continue to play a vital role in our daily lives.

Personal computers (PCs) were not well-suited for gaming at the time, as they lacked the processing power and specialized hardware needed to run games.

It wasn’t until the 1990s, with the advent of 3D graphics and faster processors, that PCs began to rival consoles as a gaming platform. This was the era of first-person shooter (FPS) and real-time strategy (RTS) games, which required more advanced hardware to run smoothly.

As a result, companies started making PCs that were made just for gaming. These PCs had faster processors, dedicated graphics cards, and other features meant to improve performance.

As gaming technology has continued to advance, so too have gaming PCs.

Today, gaming PCs are more powerful and sophisticated than ever, with the ability to run the latest and most demanding games at high frame rates and resolutions.

They are also more customizable, with a wide range of components and features that allow gamers to build the perfect system for their needs. From high-end gaming laptops to custom-built gaming PCs, there are many options available for gamers looking to get the most out of their gaming experience.